The Camden County History Alliance invites the public to Camden County History Month from October 1 to October 31, 2019. Thirty participating historic sites and history organizations throughout Camden County will be open with special exhibits, reenactments, and guided tours for adults and children. The vast majority of the more than fifty events and activities during the month are free.

Events during Camden County History Month include activities for both children and adults, and span centuries of history. To highlight Camden County’s colonial history, the 1756 Gabreil Daveis Tavern Museum will host children’s games and chores on October 13th & 27th. The colonial Burrough-Dover House and Griffith Morgan House in Pennsauken will host living history demonstrations and hearth cooking on October 6th. The Historical Society of Haddonfield will also have pop-up exhibits at Greenfield Hall on October 6th. Informational signs at the Glover Fulling Mill Park tell the story of the colonial cloth industry.

Camden County’s involvement in the Revolutionary War will be highlighted at the Haddon Heights Historical Society’s program on October 21st, featuring Ira Jersey of Crossroads of the American Revolution. The Indian King Tavern Museum, where New Jersey’s newly-formed government met in 1777, will offer tours each weekend, with a special presentation on October 19th. In honor of Camden’s patriots, an exhibit of memorabilia of Ye Olde Newton-Nassau Chapter of the Daughters of the American Revolution will be on display at the Collingswood Library from October 8th to 30th. The American Revolution Round Table of South Jersey will host a program on “John Barry: An American Hero in the Age of Sail” on October 13th.

Continuing the maritime history of Camden County, the Old Baldy Civil War Round Table will host a program on “African Americans in the Union Navy” on October 10th. The Camden Shipyard & Maritime Museum will be open for tours on October 19th & 20th. Throughout the month, the Battleship New Jersey will offer special activities about Building History: Communications with the purchase of a tour. On October 12th, a special STEAM Day on the Battleship will give visitors the opportunity to look at the science of communication with hands on activities. Finally, on October 26th, the 75th Anniversary of the Leyte Gulf naval battle will be commemorated with a panel discussion on the Battleship.

Railroad enthusiasts will enjoy visiting the Magnolia Historical Society, which will feature a history of the Pennsylvania Reading Seashore Line and trolley line on October 12th & 13th. The Heights Heritage League will host an open house at the Haddon Heights Passenger Station on October 5th, with a period interpreter explaining the role of the railroad in developing her farm into Haddon Heights. The Historic Berlin Railroad Depot, built in 1856, will be open on October 26thwith special exhibits.

Many events celebrate the origins of Camden County’s residents throughout the centuries. Remember Camden’s Quaker origins on October 20th by touring Newton Friends Meetinghouse, the oldest active religious building in the city of Camden, built in 1827. The Lawnside Historical Society will host a presentation about geomapping the graves of African Americans in Mount Peace Cemetery on October 19th. The Berlin Township Historical Association will celebrate Italian Heritage Month on October 19th with bocce ball, live music, and food. Learn about Camden’s Polish heritage by touring the 1914 Saint Joseph’s Polish Roman Catholic Church on October 20th, and viewing the traditional animated Polish manger scene. Participate in the March of Remembrance on October 6th to learn the consequences of hatred that the Holocaust teaches. The Esther Raab Holocaust Museum and Goodwin Education Center will also be open for tours on October 17th, 27th & 29th.

Other museums and historic houses that will be open during the month include the Stratford Quaker Store on October 19th, the Clementon Historical Museum on October 9th, the Haddon Township Environmental & Historical Center on October 19th, and the Winslow Township History Center on October 12th, 13th, 26th & 27th. The Camden County Historical Society will host a special exhibit on historic Camden High School and its sports, with reminiscences from alumni on October 27th. Prohibition Night at the Barclay Farmstead Museum on October 4th will celebrate when whiskey was made at the historic 1816 Farmstead. For those interested in antiques, the Merchantville Historical Society will hold a “What’s It Worth Appraisal Program” on October 9th. Finally, a 2-day workshop “Introduction to Online Historic Sources for Preservation Research” will be held on October 12th& 19th, presented by the Mid-Atlantic Regional Center for the Humanities.

A full list of all 55 events during Camden County History Month, with hours and locations, is available on www.camdencountyhistoryweek.com. Visit our facebook page at www.facebook.com/camdencountyhistoryalliance for additional details, or pick up an event guide from any of the historic sites or at the Camden County Historical Society at 1900 Park Boulevard in Camden. 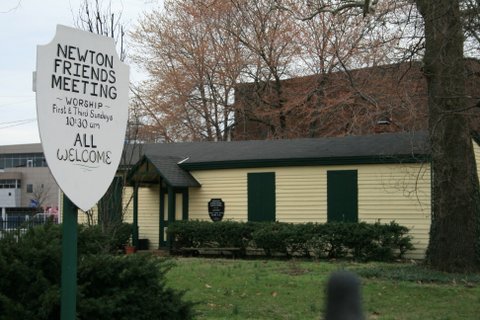